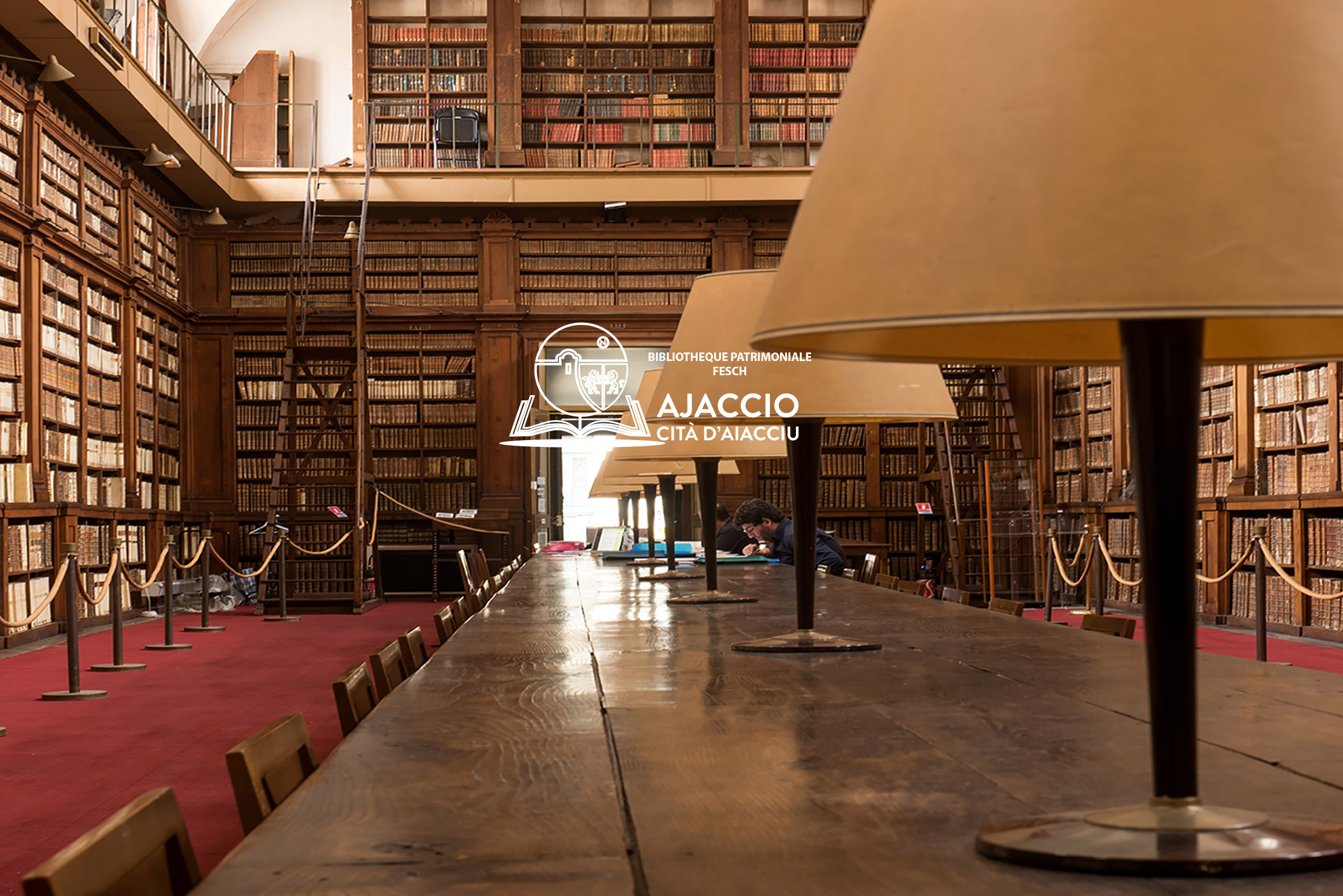 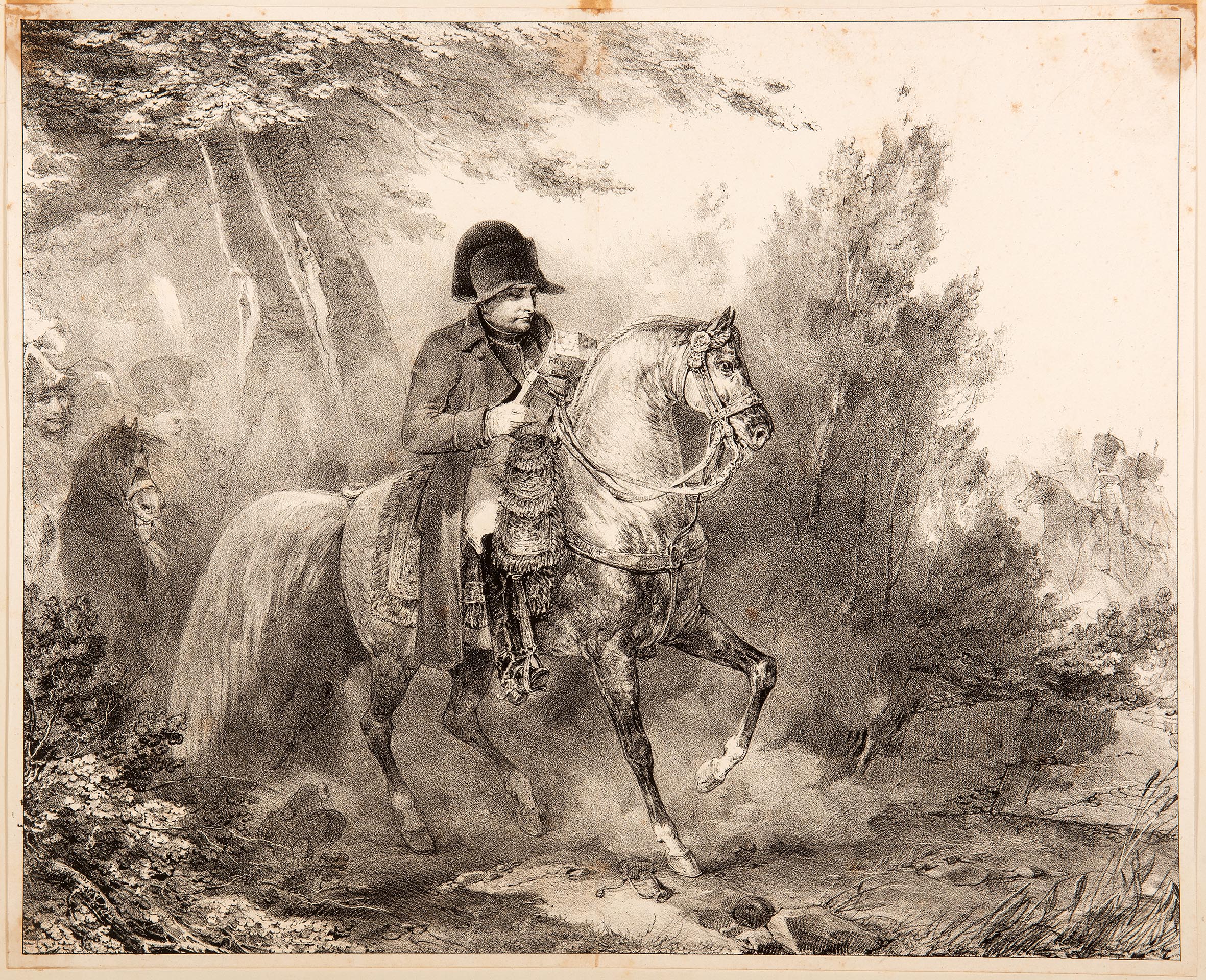 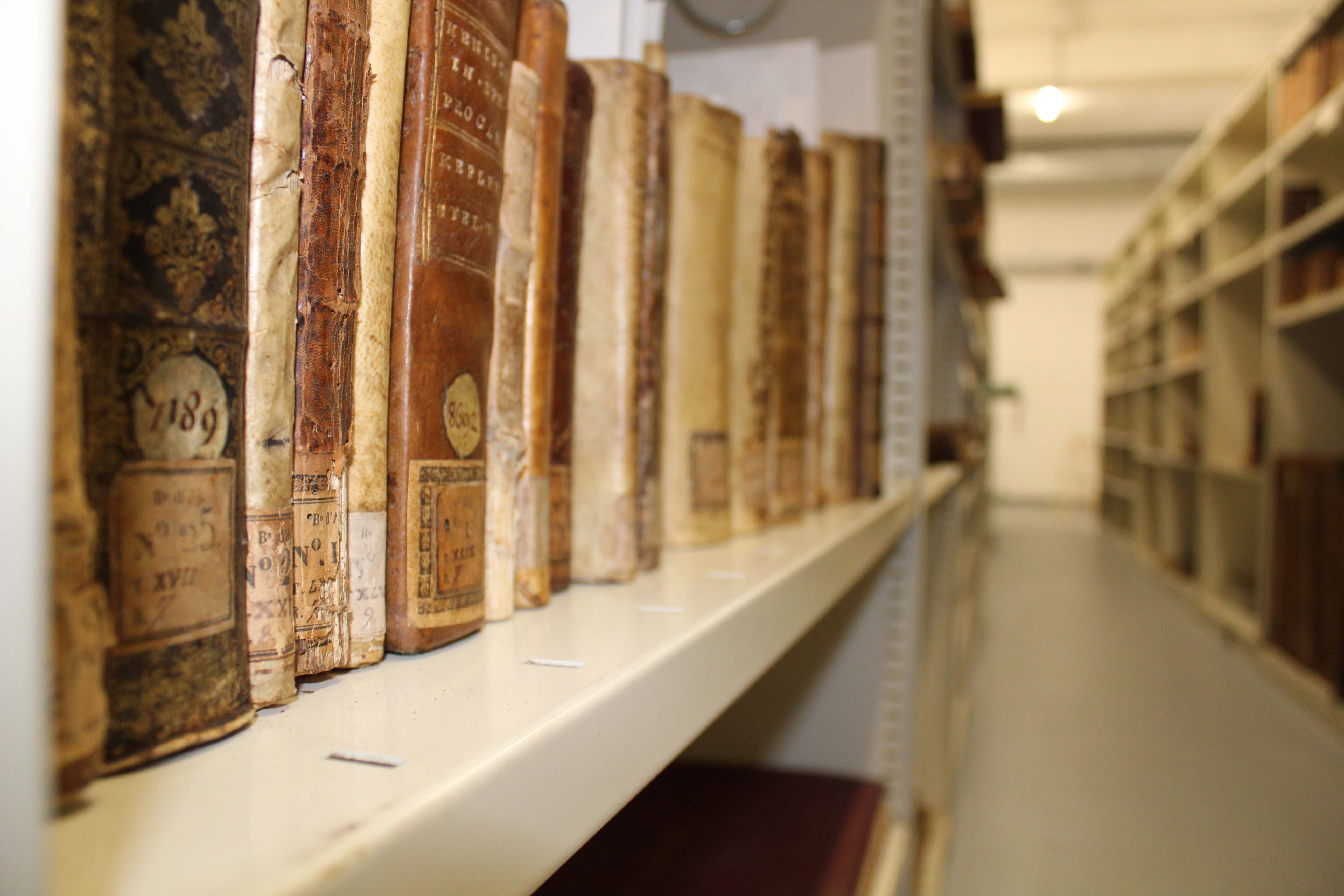 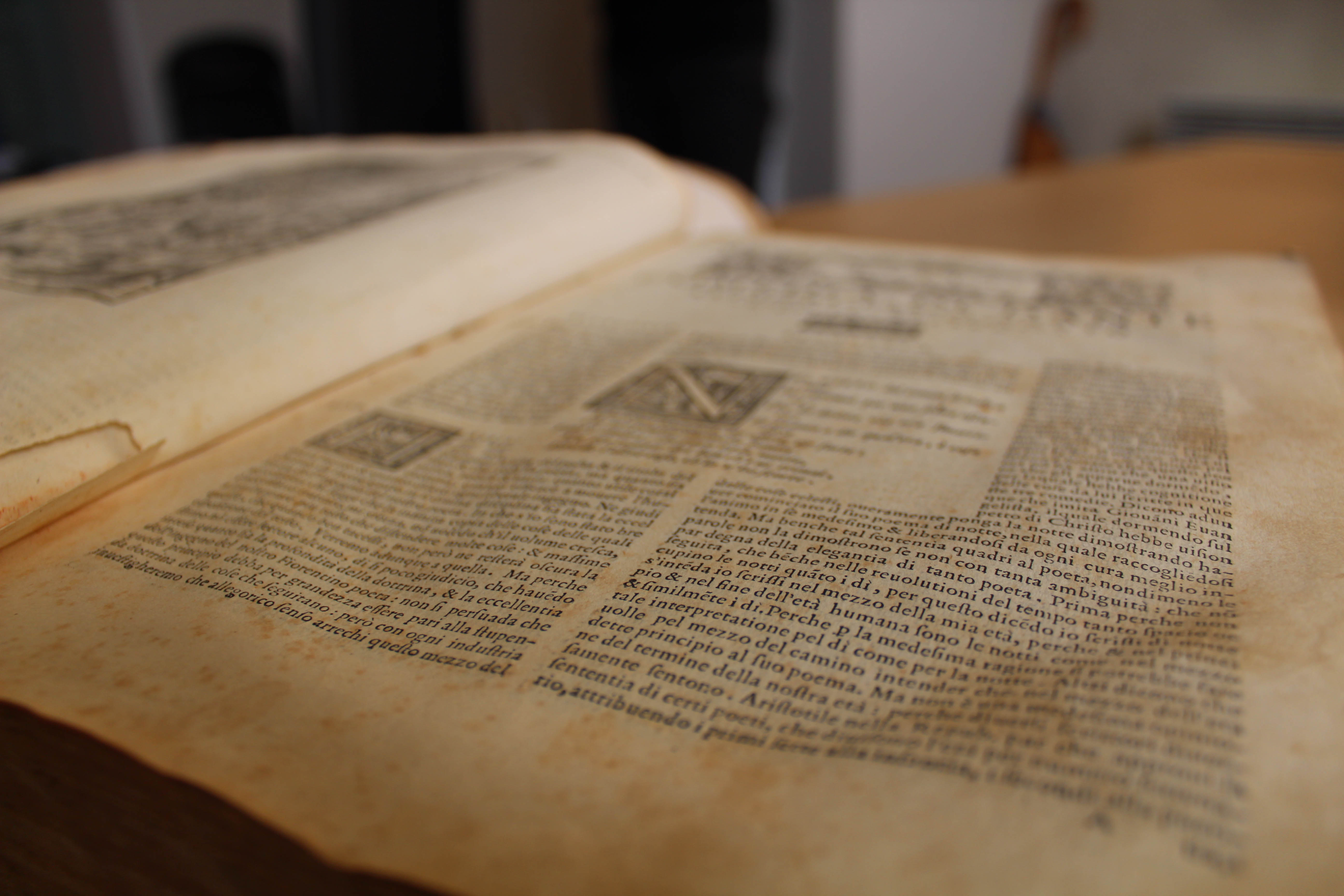 The Fesch library was created on the initiative of Lucien Bonaparte, while he was Napoleon’s Minister of the Interior. In 1801, he commissioned André-François Miot, Administrator of Corsica, to bring 12,310 volumes from revolutionary confiscation. The creation of the book collection therefore preceded the construction of the library.
Built under Napoleon III, the Heritage Library was officially opened in 1868, in the north wing of the Palais Fesch, which was originally intended to be a gallery for the exhibition of large paintings. Since 1986, the library has been listed as a historical monument in its entirety, including library woodwork, and the large central reading table.

The old fund has been established over the years through successive donations. Currently, it has some 40,000 works, including 29 incunables printed mostly in Italy between 1455 and 150, 200 manuscripts from the fifteenth to the nineteenth century, numerous rare editions and works by prestigious publishers.
These collections are arranged for part on the shelves in the heritage hall (about 25,000 works) date mainly from the 16th to the 18th century, the other part being kept in the reserve.

This project will ensure that the library's heritage assets are preserved, while enhancing their value to the public, both researchers and visitors. The space at the back of the room will allow you to present the old fund to the general public. Two windows will be installed with proper lighting. The aim is to show the "Treasures of the library", with a regular rotation as a permanent exhibition. Touch tablets would present the library and its fund and have headphones to respect the students' tranquility. 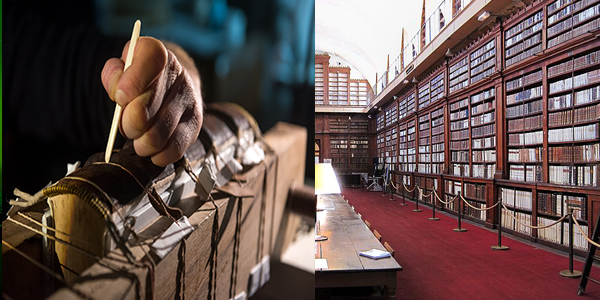 From the autumn of 2021, the Heritage Library will benefit from major renovation work. The work will cover the complete redesign of the air management and treatment system and the upgrading of electrical and light facilities. The reception hall, shelving, central table and gallery overlooking the heritage hall are also restored, as well as the existing floorspace. This renovation will allow better management of the flow of visitors, the safety, the protection of works and the conditions of the atmosphere more adapted to the heritage room, its unique wooden furniture and the works contained within it.